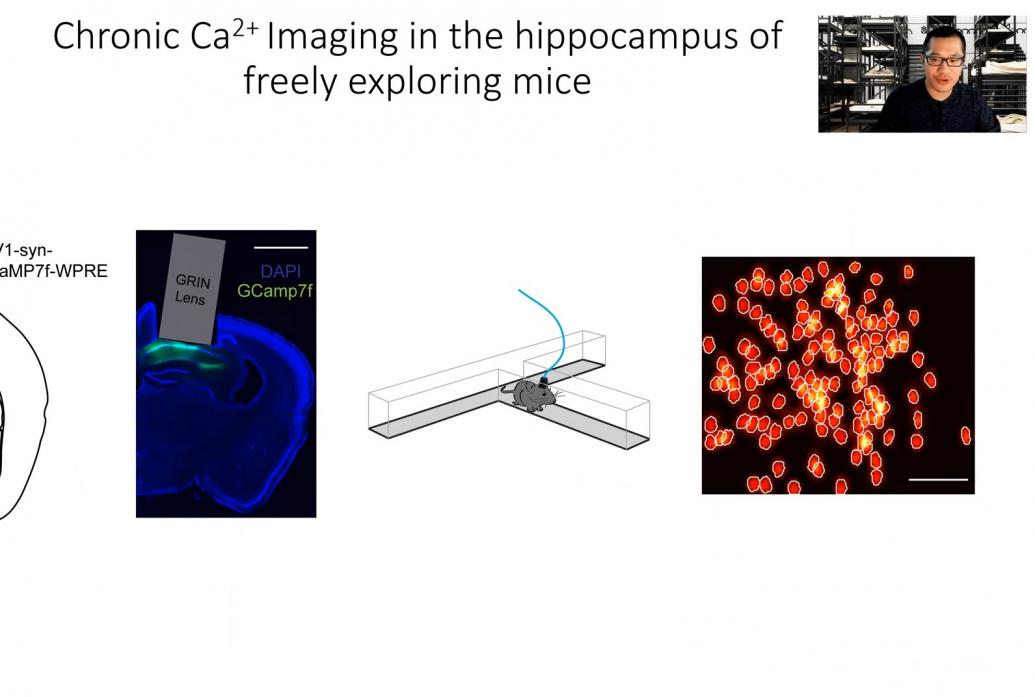 Even though this year’s Society for Neuroscience Annual Meeting was entirely online, it remained an important opportunity for young scientists to share their work with the world. Picower postdocs and graduate students presented numerous research projects at the conference.

“I always encourage my students and postdocs to present their work at SfN and other meetings. Their careers will depend on not just doing science but also communicating science,” said Professor Earl Miller. “I think everyone wishes it was an in-person meeting but nonetheless, it is an opportunity for the students and postdocs to present their work. Besides, there is a lot of cool work going on in the lab. Why should we keep that to ourselves?”

Meanwhile, graduate student Leo Kozachov presented two projects. In one he combined neural activity measurements and computational models to assess how the brain remains dynamic enough on one hand to account for new sensory input but stable enough to still produce the reliable computations. In the other he and fellow Miller Lab graduate student Adam Eisen show how anesthetic drugs might shut down sensory input by making the brain so stable as to be impervious to new sensory input.

That project was a collaboration with Professor Emery N. Brown who also collaborated with postdoc Elie Adam on a presentation explaining how deep brain stimulation treats Parkinson’s disease by restoring waves of several frequencies in the stimulated area.

Neurons are coordinated not only by brain waves but, of course, by circuits. Tudor Dragoi, former research associate in the lab of Professor Mriganka Sur, presented research showing how marmoset primates use several brain regions to formulate predictions (also see p. 9).

Naturally, a function of particular Picower Institute interest is learning and memory.

Graduate student Nhat Le presented his study of how rodents appeared to switch their approach to learning a task, exploring less and relying on their accumulated knowledge of the environment, as they gain more experience in a foraging task.

In the lab of Professor Matt Wilson, postdoc Honi Sanders showed that individual animals vary in the degree to which their brain “remaps” representation of a spatial context when it changes. Wilson lab postdoc Wei Guo, meanwhile, showed that over the course of training, with periods of sleep, more neurons become involved in representing spatial contexts, fine tuning mental maps of places.

Even if remotely, young Picower scientists had a variety of advances to share.