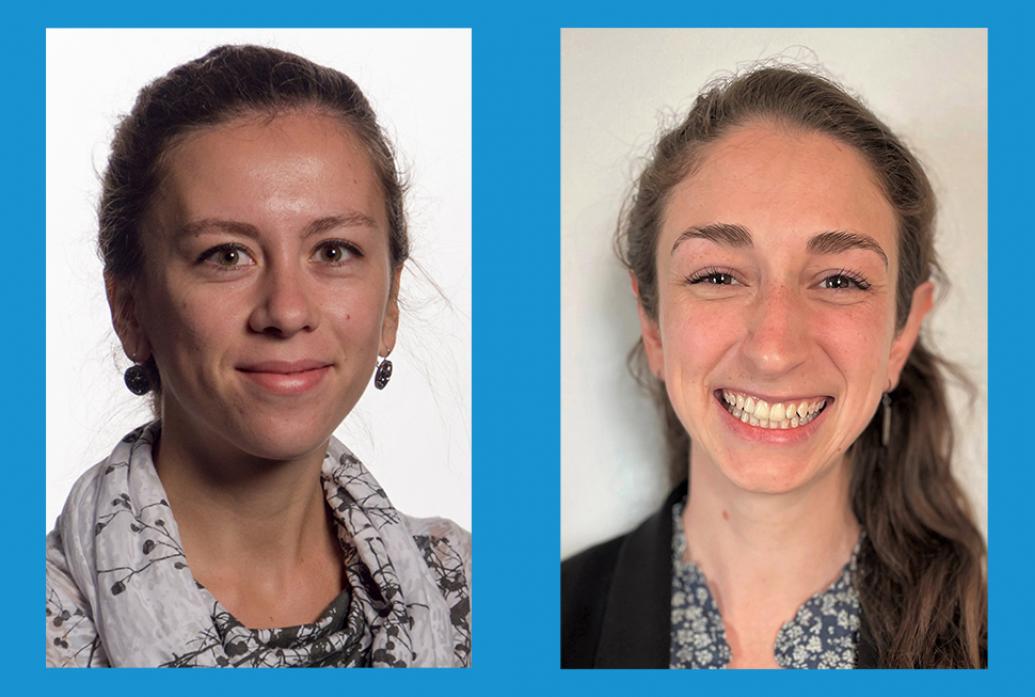 Two postdoctoral researchers in Picower Institute labs are among 28 around the world to have been named to a competitive Schmidt Science Fellowship, an award created in 2017 to advance interdisciplinary studies among early career researchers.

“An initiative of Schmidt Futures, delivered in partnership with the Rhodes Trust, the Schmidt Science Fellows program brings together the brightest minds who have completed a PhD in the natural sciences, mathematics, engineering, or computing, and places them in a postdoctoral fellowship in a field different from their existing expertise,” according to a June 3 announcement of the awards by benefactors Eric and Wendy Schmidt. “Fellows are supported for at least one and up to two years with a $100,000 per year stipend. The funding provides both training for the fellows and the research they undertake.”

The 2021 cohort was nominated by 19 of the world’s leading science and engineering institutions in eight countries, the announcement said. In all, four are connected with MIT, including fellows in the mechanical engineering and civil and environmental engineering departments.

Above: Sirma Orguc and Rebecca Pinals

Sirma Orguc, a newly named fellow in the lab of Picower Institute investigator and Edward Hood Taplin Professor Emery N. Brown, earned her PhD this year at MIT in the Electrical Engineering and Computer Science Department. Her doctoral studies blended electronics, materials science and algorithm development in research on wearable and implantable interface technologies for biomedical and neuroscience applications. During her postdoc in the Brown lab through MIT’s Institute for Medical Engineering and Science, Orguc will “shift gears” to learning about computational neuroscience, machine learning, neurophysiology and control theory with the aim of building closed-loop neuroscience systems in humans.

“Controlling the level of unconsciousness under general anesthesia, real-time prevention of epileptic seizures, and working towards treating disorders such as chronic depression are example applications of interest,” Orguc said. “The Schmidt Science Fellows community believes in the power of interdisciplinary science to drive innovation and discovery and make a positive impact in the world. I am beyond grateful and excited to be part of such a community. The fellowship gives incredible flexibility to researchers and I will try to make the most of it.”

Rebecca Pinals earned her PhD in May in UC Berkeley’s Chemical and Biomolecular Engineering Department after studying fundamentals of how engineered nanomaterials interact with biological environments. Leveraging her insights into designing nanosensors for biomedical applications, this month she will join the lab of Picower Professor and Picower Institute Director Li-Huei Tsai in MIT’s Department of Brain and Cognitive Sciences. Pinals will investigate the mechanistic underpinnings of Alzheimer’s disease by developing nanosensors for key disease biomarkers and applying them to probe the disease in human brain tissue models.

“Implementing the tools of nanotechnology to study Alzheimer’s will deepen our understanding of the underlying disease drivers by providing the requisite spatial, temporal, and chemical resolution information on biomarkers during disease onset and progression,” she said. “I am beyond excited for this opportunity to pursue impactful research at the Picower Institute in an orthogonal field to my own background, and to be a part of the Schmidt Science Fellows community.”

June 23, 2022
Picower People
For high schoolers, summer starts with extra exposure to biomedical science
Just before school was out for summer, high school students from Everett and Lawrence toured life sciences research labs at MIT to get information and inspiration
Read more