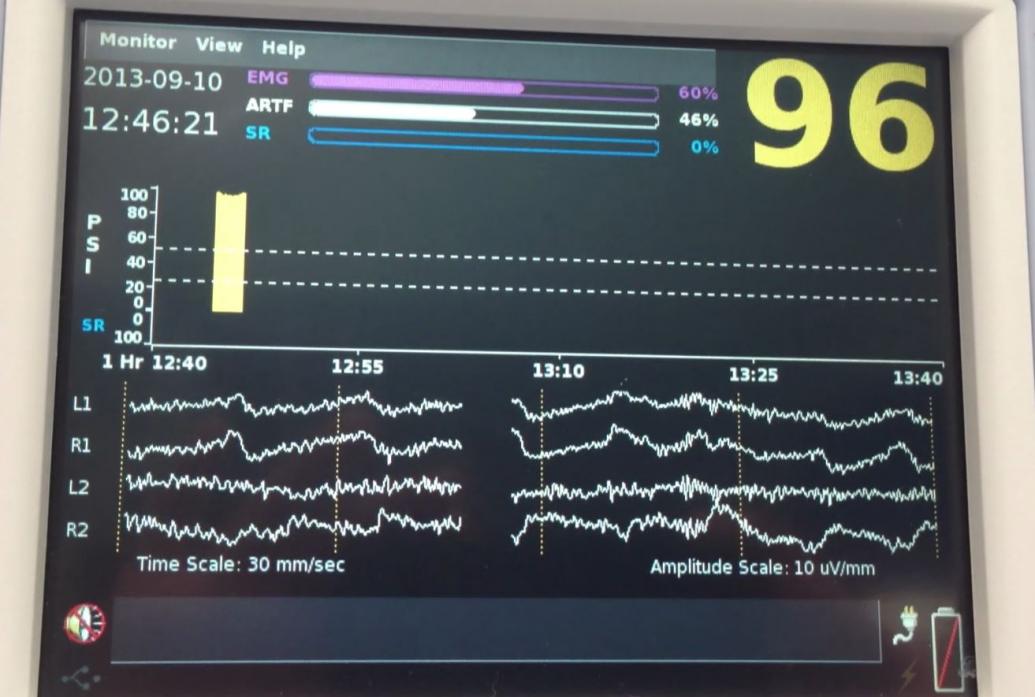 People sometimes mistakenly think of general anesthesia as just a really deep sleep but in fact, anesthesia is really four brain states – unconsciousness, amnesia, immobility and suppression of the body’s damage sensing response, or “nociception.” In a new paper in Anesthesia & Analgesia, MIT neuroscientist and statistician Dr. Emery N. Brown and colleagues argue that by putting nociception at the top of the priority list and taking a principled neuroscientific approach to choosing which drugs to administer, anesthesiologists can use far less medication overall, producing substantial benefits for patients.

“We’ve come up with strategies that allow us to dose the same drugs that are generally used but in different proportions that allow us to achieve an anesthetic state that is much more desirable,” said Brown, a Professor in the Picower Institute for Learning and Memory at MIT and a practicing anesthesiologist at Massachusetts General Hospital.

In the paper Brown and co-authors lay out exactly how and where each major anesthetic drug affects the nociceptive circuits of the nervous system. Nociception is the body’s sensing of tissue damage. It is not pain, which is a conscious perception of that.

Then the authors show how in four different surgical cases they were able to use neuroscience to guide their choice of a “multimodal” combination of drugs to target nociceptive circuits at several different points. That way they didn’t have to use much of any individual drug. Because reduced arousal is a byproduct of the strategy, they also didn’t have to administer much medicine to ensure unconsciousness, a state they scrupulously monitor in the operating room by watching brainwaves captured by electroencephalography (EEG).

“If you do it this way, you have better control of nociception and you can get the same amount of unconsciousness with less drug,” said Brown, who is also associate director of MIT’s Institute for Medical Engineering and Science and a professor in MIT’s Department of Brain and Cognitive Sciences and Harvard Medical School. “Patients wake up quicker, and if you carry the multimodal strategy into the postoperative period you have taken into account controlling pain such that you can use few opioids or no opioids.”

Reducing opioids has become a major goal of anesthesiologists in recent years as an epidemic of overdoses has ravaged the United States.

Opioids, after all, are hardly the only option. In the study, Brown and co-authors Kara Pavone and Dr. Marusa Naranjo describe how several anesthetic drugs work. Opioids combat nociception in the spinal cord and brainstem by binding to opioid receptors, while decreasing arousal by blockading connections involving the neurotransmitter acetylcholine between the brainstem, the thalamus, and cortex. By contrast, ketamine targets glutamate receptors both on peripheral nervous system neurons that connect to the spinal cord and on neurons in the brain’s cortex, where they also therefore decrease arousal.

In all, they review the distinct antinociceptive actions of six classes of drugs: opioids, ketamine, dexmedetomidine, magnesium, lidocaine, and NSAIDs (like ibuprofen). They also discuss how anesthetic drugs that primarily impact arousal, such as propofol, or mobility, such as cisatracurium, work in the central and peripheral nervous systems.

Putting a principled, nociception-focused approach into practice requires formulating an explicit plan for each patient that will account for pain management before, during, and after surgery and at discharge from the hospital, the authors note. They lay out examples of how they implemented such plans for four patients including a 78-year-old man who had spinal surgery and a 58-year-old woman who had abdominal surgery.

The approaches contrast with more traditional approaches in that they feature a combination of drugs to affect nociception, Brown said, rather than a single drug that primarily affects consciousness.

“Because these [single drug approaches] primarily create unconsciousness and have less effect on nociception, the state of general anesthesia they create has an imbalance that means that patients are profoundly unconscious with less good antinociceptive control,” he said. “If the anesthesiologist is not monitoring the EEG to track unconsciousness and uses no principled way to distinguish antinociception from unconsciousness, patients will have prolonged wake ups. There will also be more intra-op hemodynamic (blood pressure and heart rate) fluctuations.

“Our framework lays the groundwork for two things: a clearer head post-operatively – manifest by quicker recoveries and the fact that less of the anesthetic required for unconsciousness is used – and better, more complete post-operative pain control.”

Ultimately, the authors wrote, it comes back to a principled focus on the nervous system and how to disrupt nociception comprehensively by intervening at multiple points.

“Understanding these systems can be used to formulate a rational strategy for multimodal general anesthesia management,” they wrote.