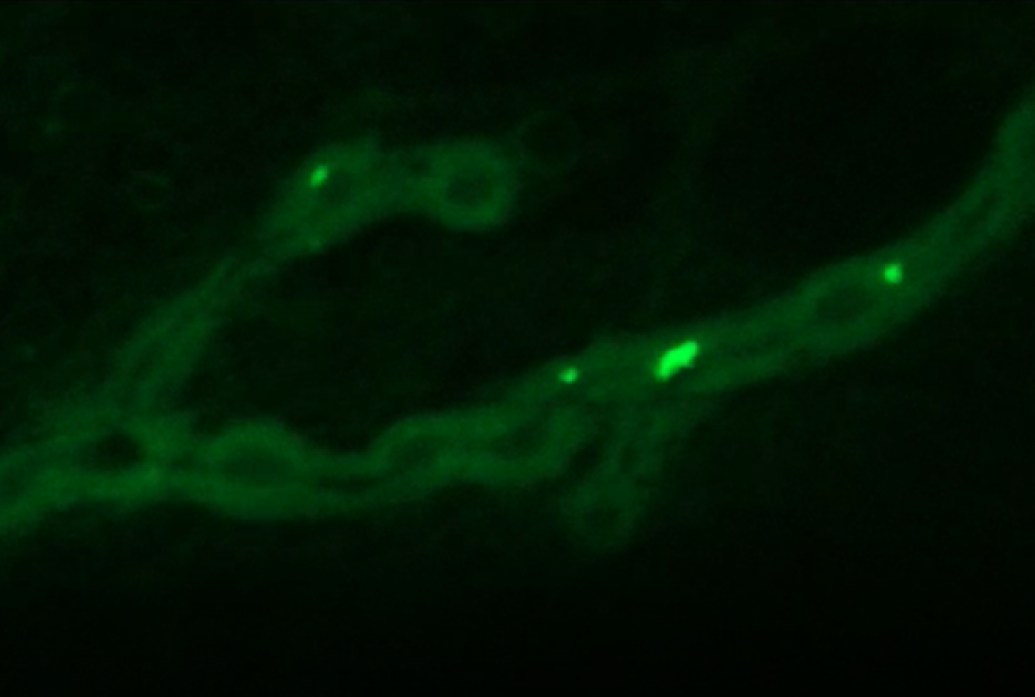 The kinds of questions Troy Littleton's Lab asks about how synapses work requires the ability to see them in action, in real time, in individual detail. That necessity has led the lab to optimize a technique called Optical Quantal Imaging. Meanwhile the desire to see how neural connections mature during development has also led them to develop expansions to another method called Intravital Imaging.

Both techniques were put to productive use in a July 2018 study in eLife, in which the lab showed what makes synapses in fruit flies more likely than others to release neurotransmitters and how they develop that relative “strength.” Optical Quantal Imaging allowed them to directly observe such glutamate releases from hundreds of individual active zones (AZs) at a neuromuscular junction. Based on work by former graduate student Jan Melom, the team achieved that resolution through the innovation of tethering a fluorescent calcium sensor to the postsynaptic membrane across from AZs.

Meanwhile, to track this activity’s emergence during the larval stage, lead author Yulia Akbergenova figured out how to reliably anesthetize and then revive the tiny insects so that their synapses could be repeatedly imaged every day. This intravital imaging technique helped to reveal that synapses strengthen with age and activity during early development.

Littleton's lab continues to use the techniques. In a 2021 paper in eLife, for example, they used optical quantal imaging to document a dramatic increase in synaptic active zone release probability when a tonic neuron engages in a presynaptic homeostatic potentiation response.